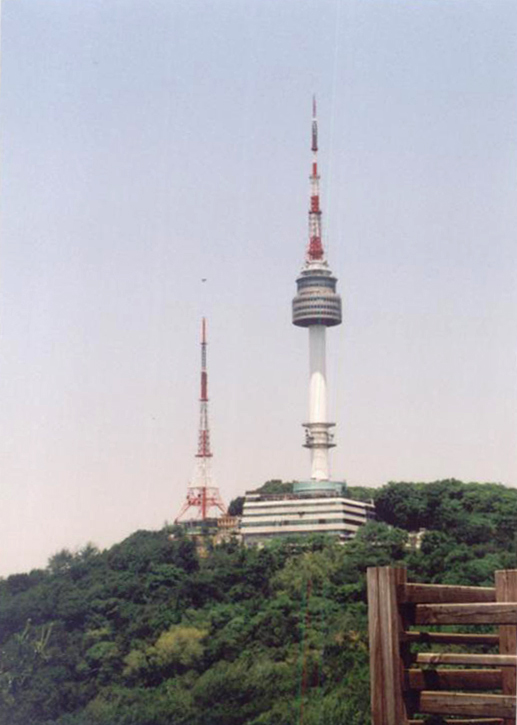 My friend Lawrence is a confident, good-looking, soft-spoken man, a 45-year-old executive vice-president of an investment bank here in Seoul. When I asked him what he felt he had gained from his six years in Korea, he said, “Finding out that there is more than one right way of doing things.”  He enjoys watching people, and he speaks of his Korean colleagues with obvious affection. I suspect that he also enjoys molding himself to fit into different environments and circumstances.

In Japan I once worked with someone who was a nice man, but not a deep thinker. He looked at people from cultures other than his own as a mystery, almost as a science project. He would read the occasional 250-word essay, go around asking about cultural differences and making lists, and then he would try to deal with people from other cultures according to the formulas he’d worked out.

I would say, “Well, this won’t work, because Mr. Suzuki will react this way, and Mr. Saito will react that way.”  He truly expected all Japanese to behave in the same way. Finally, he got so frustrated that he wasn’t plugging in—and he noticed that I was—that he said I should become his bellwether, or his eyes and ears.

I’m not threatened by cultural differences because I know that I can go off with a person, talk one-to-one, and discover that we’re the same—we all have the same needs and the same desires. Of course, the taboos about expressing them are different. In the West it’s okay to be greedy. In Korea, greed is the last thing you want to show. Here it’s okay to express self-pity, whereas it’s not in the West—you’ve got to tough it out with a stiff upper lip. I’ve had strapping young Korean men refuse to go on business trips because the food wouldn’t be good for their health, and Korean management accepts this attitude with equanimity.

Japanese management is bottom-up. Change starts at the bottom and requires consensus. For example, one day I found some pencils which were better than the ones we were using, and they had erasers on them. I sent someone out to buy them, but no one would use them. I said to our senior Japanese advisor, “This is crazy. We have better pencils sitting there, and they’re still using the old ones. It makes no sense.”

He suggested that I circulate a proposal for acceptance, describing the benefits of the pencils and mentioning that we’ll save money by using them. The memo went through all the lower ranks, and people expressed their agreement by putting their chops [stamped signatures] on it. Under the ringi-sei system, as long as everybody’s chop is right-side up, the memo continues to circulate. If somebody’s chop is upside down, people approach the person who disagrees and try to deal with the problem. Once everybody’s in agreement, you can act. It took six weeks for the petition to circulate and to agree upon a date to start using the pencils. When that date arrived, they used them.

Of the three Confucian cultures, Koreans seem to have the strongest appreciation of an autocratic system. Younger people may talk about resisting it, but they abhor weakness in leadership. It’s a very top-down management structure. For example, the chairman of a famous chaebŏl has a morning presidents’ meeting. The presidents of his companies receive their orders and do what he instructs, and they’re constantly checking with him. When I came to this bank six years ago, the top twenty-six managers would meet every morning for instruction from the man who was then president, who typically just expounded on the latest political developments. One person talked. Those present then went back to their departments and held meetings to report on what happened in the management meeting. We didn’t start work until eleven. Fortunately, that didn’t last.

One of the first things you’re asked when you come to Korea is, “How old are you?”  People want to know the exact date because age determines how people position themselves. With the seniority system, people are promoted when they reach a certain age and length of service. We don’t have the luxury, which the merit system does, of putting the right person in the right job. What I mean is that in a small company you have people you would trust to make the right credit decision, but not to keep a very orderly set of books and records or to go somewhere to negotiate a deal. We’re constantly re-jiggering teams in order to compensate for the fact that the wrong person is in the senior position—or sometimes it’s a younger person in the wrong job. But people are very comfortable with the system and very tolerant when their boss is no good at the job he’s in.

There’s always the assumption that he has other talents which compensate. It’s accepted that he’s older and that’s his due, and it’s up to the other members to compensate for the weaknesses and create a competent team. The boss is a person who in the West might be forced out, but here he can enjoy a standard of living based upon his position in the company and his academic background. He can provide for his family on the same basis as the other people who came in at the same time. If the job is getting done well enough—so that it’s a matter of being either ruthlessly efficient or just competent but responsive to customer needs—I think it’s probably worth it to accommodate. People look at their work as a team effort, and it creates more of a family atmosphere in the workplace. It’s their system and it works.

With a merit system you could probably create a smaller team because you wouldn’t have to be filling in these blanks. But when the merit bonus system was introduced this year, I voted against it because I saw the divisiveness it would create. You know, in investment banking in the United States, someone’s bonus could one to four times his or her salary, and yet one person in three will complain even after getting a large bonus—acting ready to quit because it wasn’t enough or covering for gross inadequacies and a feeling it wasn’t deserved. Then there are people who get no bonuses at all, and they are outraged. So I can’t say that the American system is better. And I see other examples of this every day.

In Korean companies people are very rank-conscious and very careful not to cut across boundaries. I know almost all of the hundred and thirty people in the company. It’s quite clear that President Ahn knows far fewer than I do because in his position he’s not supposed to associate with junior people. Since management is very top-down, all communication is vertical. Junior people in the bond department, for example, are supposed to deal just with other people in their department—communication with other departments takes place at a higher level. So people think only in terms of what’s good for their department. Well, there are times when we don’t want to be heavily into the bond market, but the bond department feels that it’s failing if it doesn’t book this business, which is very poorly-priced and unprofitable, and that the department is not getting needed support from management. A more flexible approach would be to take a few people from the bond department during slow times and put them in stock trading, and then focus on bond underwriting again when the market comes back. Korean management knows this, but they will not buck well-entrenched norms.

At the same time, there are deep divisions between employees of various age groups because of the economic explosion and the other changes in the culture. So we’ve got fifty-year-olds who rose through old school ties, hometown affiliations and family money. We’ve got forty-year-olds who came with academic credentials from leading universities and who believe getting the degree was their lifetime achievement and they shouldn’t have to go looking for work. We’ve got twenty-five and thirty-year-olds who feel that this degree was just the first step—that now they have to prove themselves. The differing sets of expectations can cause a lot of conflict. While President Ahn is independently wealthy and works for prestige rather than salary, there are junior people who are saying, “Why can’t I be earning a six-figure salary?”  The younger people have not experienced the financial hardships that the older people have or seen the government take away people’s jobs or put them in jail for speaking out. I bridge all the groups because as a foreigner I don’t count. Once they learned that I was not going to repeat anything to their detriment, people at all levels started confiding in me. They say things to me that I wish they could say to each other.

Contrary to what usually happens in investment banking and in Korea as a whole, in this bank senior management works harder than middle management, and middle management works harder than junior staff. I arrive around 8:00 in the morning and I leave between 6:30 and 8:00 at night. We have short opening hours as part of the government’s effort to conserve energy. Among the junior people, there is seldom a soul out there before 9:30 in the morning or after 5:30 in the afternoon. I get calls from London—opening time in the UK is about six o’clock at night here—and I’m always disappointed when I get an exciting business transaction and want to put a team together. I go out into an empty room. So I have to sleep on it, and it loses some of the fun. It would be nice to have the occasional times—maybe once a month—when people are so enthusiastic about what they’re doing that they forget the time.

I remember one guy I’d taken under my wing. I really thought he had tremendous potential. He was interested in learning how to do financial projections on the Lotus computer program—I’d  actually written a program for financial projections some years ago—and we had a live case to work on. He was very enthusiastic. I said, “Let’s project this out five years and see if the company can repay on the basis of your assumptions. And we’ll put together a proposal. I’ll meet you tomorrow morning at eight.

“Well, you’re going to miss it, because I’m starting at eight.”

As I found out later, he got together with some of his peers and discussed whether he should concede on this point or not. He wandered in about 8:15, late enough to make a statement. It took some of the fun out of it, but he did at least show up. In an American or Japanese organization hewouldn’t have been so reticent to let me do him a favor.